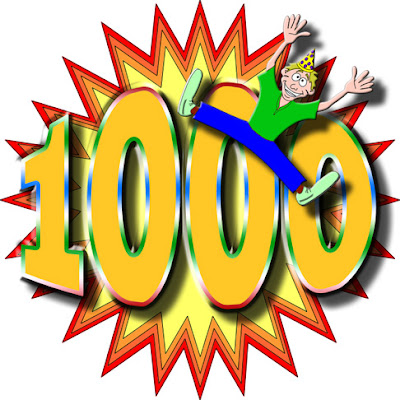 1000 views! Thanks everyone that follows or stops by to read the blog. I appreciate it and if you have any comments feel free to drop them to me. I am always looking for new ways to improve the blog and evolve it into something better! I have some possible contest ideas for the blog soon with already one prize supporter in the wings that working on their website. The theme? Old West....more to come!
Posted by styx at 4:50 AM No comments:

My Easter Theme by my wife! 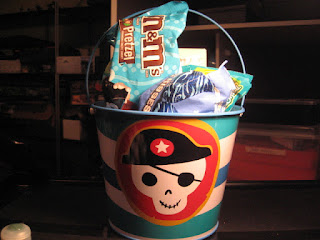 After returning home from a tournament I had my Easter basket on the fridge waiting for me! She found this pail and with my recent love for Historical games she thought the bucket was cute to load my goodies up in!

Arg! Hope everyone had a good Easter! Whooo!
Posted by styx at 8:43 AM No comments:

Legends of the Old West: The Plan (A general guide to survival) It has been awhile since I updated the blog, sorry about that, been busy painting stuff for Strange Aeons and getting ready for a major 40k tournament in May. So, that has eaten much of my time! I do have about 30 cowboys lined up along with the same number of pirates and about 15 gladiators ready to get some paint and join the gaming ranks!

This photo was fitting for a topic that I wanted to post up...


The Plan! : With this concept you have to plan your posse out from start to the first few games. With a plan you will succeed more likely in games than just stumbling around hoping for something to go your way.

Step 1: Plan the posse out. Figure out what you want in the gang and buy it! Don’t tack on extras and this includes hired guns unless you need them. Make sure to take the maximum of heroes and the better henchmen in case one moves up to a hero in the campaign. The earlier, the better is what I say! This affects your income!

Also, equip each model with weapons that will give you the best benefit. For example, a model with a 4+ shooting could make use of a heavy pistol or repeating rifle. A 5+ or 6+ may be better with a simple six-shooter or sawed off shotgun to use these weapons special rules to compensate your weaker shooting skills.

Step 2: Keep it lean. Just because you can have 4 weapons means you don’t have to! Also, think about what you are buying weapons wise and how it pairs up to your posse.  To me, I think either a repeating rifle or a heavy pistol should go to the leader. After the first game buy a LeMat Pistol (heavy pistol and shotgun combo, yes please!) for one of your heroes as they are not limited like your henchmen to their posse weapons list. Then you can hand off the other weapon, keep it in your stash or sell it for a few bucks more.

When it comes to Horses, don’t buy them for Henchmen, take them only for Heroes. Why? Simple, Henchmen can die 1 out of 3 games on average. A hero rolls on a chart and is less likely to die, granted they can get to the point they may need to be let go from the posse but at least before then you can take back their gear for a new hire to the gang. Many of the scenarios that require your models to be mounted provide you with one if you need it like the Stagecoach robbery.

Step 3: Make a budget. This may sound silly but figure out the cost to “maintain” your hired guns, replace losses to men and upgrades to equipment.

Step 4: Research your hired guns. There are two types of hired guns to me. Support or Combat oriented. All hired guns have their own perks and benefits. Look at see what they bring to the gaming table that your current gang is lacking. It may be adding extra income, distracting other models, special deployment to just making up for weak points in shooting or close combat that your posse may be weak at.

Step 5: If you have the choice to hire another member to your posse or a hired gun always go for the henchman/hero choice. Why? No cost to maintain them in your gang for one. They can build experience up just like a hired gun and could become a hero. The more heroes you have the more income you can stand to make.
Posted by styx at 8:32 AM No comments: