On my hunt to find a snapping turtle for This is Not a Test, I haunted Toys'R'Us and found this gem that I snagged up that was marked clearance and the last one. 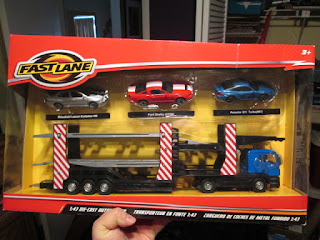 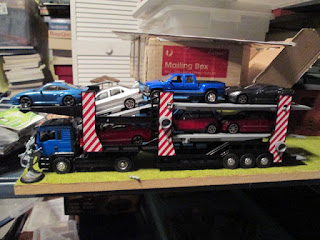 The truck loaded up with several of my cars. 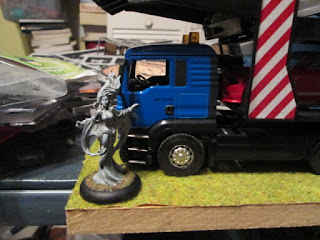 A Strange Aeons fig next to the truck to show scale.

I have been wanting a semi truck of some type, so this car carrier fit the bill for something different to add to the table for games for Project Z and Supersystem. I admit I would love to find a scale bus but that won't happen. oh well, this was a mere $15 and my average price of $3-5 for cars from Dollar General and CVS this to me worked out to be a fair deal.

There are two more sets, one is a cool fire/rescue set that has a nice ladder truck, a fire engine, a police swat van, a police car and some other assorted items. The other set is a construction set, but some of the vehicles in the set are a tad out of scale, thus  not making it a value compared to the other set. I figure both will be purchased in the future.

Post Apoc Miniatures KS almost over! Get in on it if you have not! 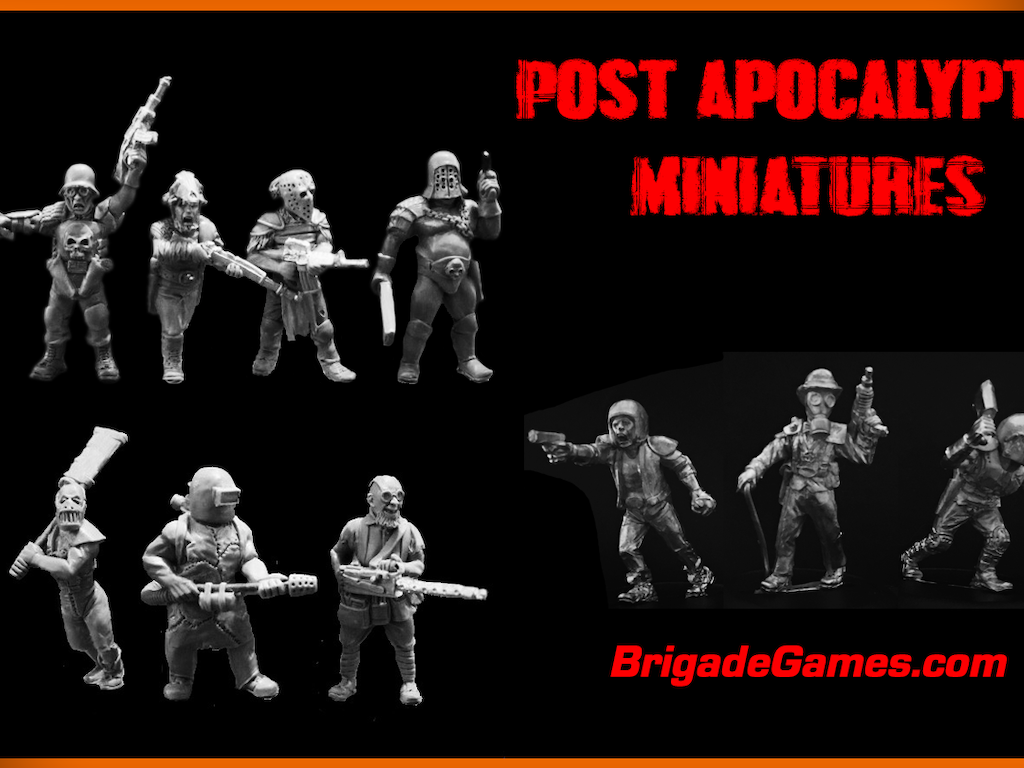 Well, I was early in and not disappointed. Looking forward to these babies hitting my mail box. The only regret I have is not enough cash to keep pledging for more goodies. Oh well, I will pick up more on the back end when the backer kit hits....

They just added a cool series of mutants which is what I was hoping would crop up soon and at the prices they are at, I am good to go!

Join in and walk the Wasteland!
Posted by styx at 8:30 PM 3 comments:

Email ThisBlogThis!Share to TwitterShare to FacebookShare to Pinterest
Labels: Kickstarter, Post Apocalyptic, This is Not a Test
Newer Posts Older Posts Home
Subscribe to: Posts (Atom)