I would like to just say thank you to all veterans...
You gave your time to see that freedom stays true...
I pause to think of those we lost and loved ones gone....
Those that wear the uniform now in the field and back I salute you!
To those that have served their due, thank you most of all to!
Posted by styx at 3:07 PM No comments:


Well, it was official after a year of rumors that GW pulled the plug on GW Historicals.

Here is their “official” message:

We can no longer accept any further orders for our products

If you have any queries regarding orders that have been placed with Warhammer Historical please contact the Forge World Customer Service team…
A email from a GW employee said that he was trying to recover the material that was free on the website and publish it on the  YAHOO groups for various games so people could still enjoy the game line despite the closure.

People like me wonder if Fantasy Flight would snag up this line like they have for other past GW items like the RPGs and such? It would be a simple investment of just books and no miniatures as those can be aquired from other sources. Plus, some credit to my theory is that they already touched on the mini market with DUST and a few other games as they seem to be testing the waters to move outside board and RPG books now.

Here is my thoughts on my GW related blog about the company in general and where I think they are going….

All that remains is some words:

RIP Legends of the Old West, you died with your boots on and your six gun in hand!

Legends of the High Seas, may Davie Jones save you space at his lockers!

Gladiators of old, for those that are about to die, we salute you!

A historical outing today with the wife.

While my hobby slacked I had a great day out with my wife. We stopped at the Humming Bird festival at Dade City held at the Pioneer Museum. This was just a little of this and that historical stuff but it was interesting to see items dated back to the 1800's and after up through the years including WWII and the Cival War....I always love to look at history and objects lost in time....

Then we took a trip over to the Mummies of the World exhibit that is in Tampa until September. Simply worth the money to go see. The things I saw and such was simply amazing and educational.

Here is some shots of the early part of the day, sorry folks MOSI would not allow photos to be taken in the main exhibit. 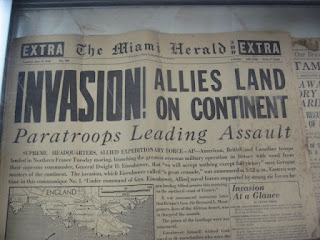 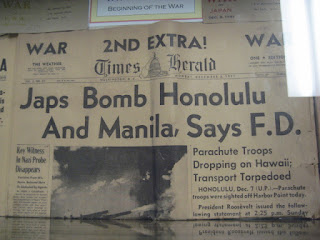 Another news clip from a paper! 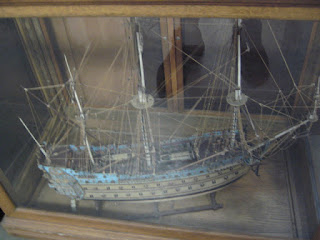 A cool ship on display from long ago. 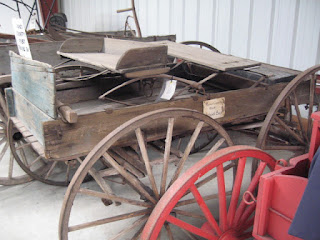 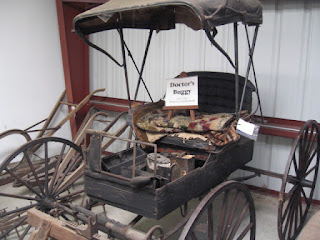 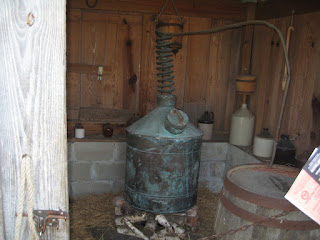 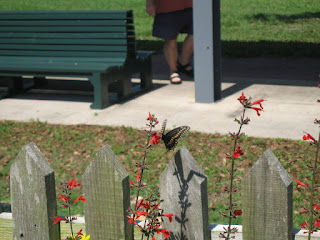 While we did not see a humming bird at the festival, we did see some butterflies including this guy (or gal) hitting the flowers up. We also learned about bats at a session, my wife was against a bat house and now she is a bit more open now that she does not think they will fly up and bite here when she walks outside. 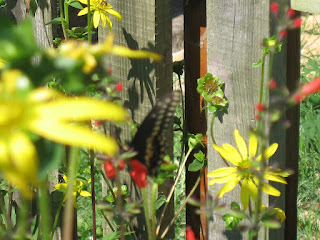 Well, it has been about a month since I have posted but I have been VERY busy with various things including getting ready for a major out of state tournament, then travel up there and back along with mother-in-law falling, breaking her hip and spending time in the hospital for over a week! Sprinkle in a few other random things and progress really slows down.

That said, I am moving back into the saddle with historicals again! So here is a rundown of my projects and status.

Old West: I should start back painting figures soon and giving some thought about scenery. I have also recently printed the Black Gulch rules (free PDF) that is a kick starter project for a new game that has similar feel of Legends of the Old West. I do plan to give the rules a try.

Here is the link:
http://www.blackwatergulch.com/

28mm WWII: I think for my birthday I am going to treat myself to something new and get some WII 28mm figures for something different to add spice to the collection. I have always like the bad guys with any game and the Germans have always been a historical favorite of mine. While they were evil and did terrible things it is hard to argue their military prowess and snappy weapons they had during the war. If we didn’t steal most of their good scientists they may well be able to have developed the atomic bomb among other goodies and we may have been speaking German instead of English.

I have been doing some homework on what rules to use and it was a close tie between Rules of Engagement and Disposable Hero’s series. Both had elements I like, plenty of source books and options to play various games including the smaller (lesser) armies like the Italians, French, Resistance and Polish for example. The second thing I was looking for was a dynamic system that was both easy to play and was not overly complex. Both games had high marks in both aspects but Disposable Hero’s won out due to the fact that players in this area tend to favor that system.

Rules of Engagement had a great price going until the end of May to celebrate their new website but when you pay the HUGE shipping fee to go across the pond the savings is pretty much a free book. DH could be found on several sites at discount, so with some research I was able to get enough of a discount to get a free book anyway. Win! The only downside is that I would have to wait for FRP games to restock the books after I order them so that could take about 2-3 weeks.

Bolt Action has some great starter deals for Germans and Polish armies and Plastic Soldier Miniatures has started to make 28mm in plastics starting with the Russians at a fantastic army set price. Figure toss in a tank and we have some good starts to some armies.

Gladiator: Models are primered and ready for paint! I have found a company that makes cheap animals to add to the collection next! I am also trying to figure out how to make a cheap arena.

Pirates: Well, they are all primered and ready to paint, except two new ones. The ships are on standby as I try to figure out a few things. I am going to magnet the masts and the sides have been really bothering me, the texture is not consistent and will cause some issues. So, I plan to either add cardboard or balsa wood planning over it. I need to order some anchors, window bits and other odd stuff like cannons to round out the ship.

Rules of Engagement Site (if you are in the or great price for the books)
http://www.greatescapegames.co.uk/