I received my package on Saturday (early I may add, go US Postal Service!) with my Historique Bolt Action Pin counter as well as a set for a friend of mine that wanted them for his marines.

First I will say, the gent that runs the company is very nice and quick to turn out an image of anything that you may want. I asked for the Finnish Swastika in blue and blam he had it done within a few hours.

The price you may ask? $1.25 each. I asked roughly how many does everyone order, which it varies upon the player but the average is 10-12 for those that may want to know.

So, on with the images and comments! 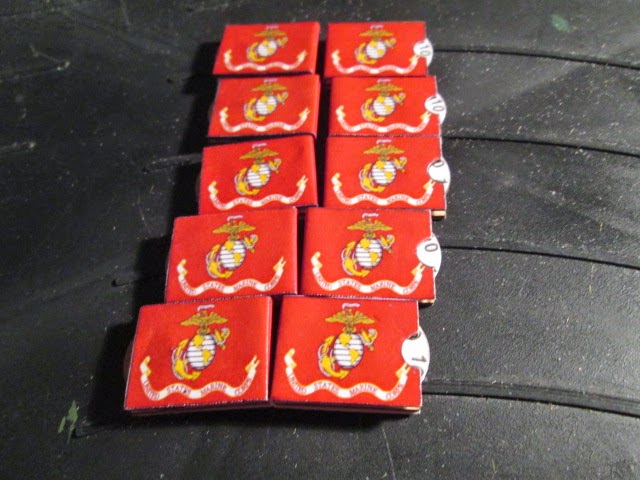 My friend's US Marine markers. 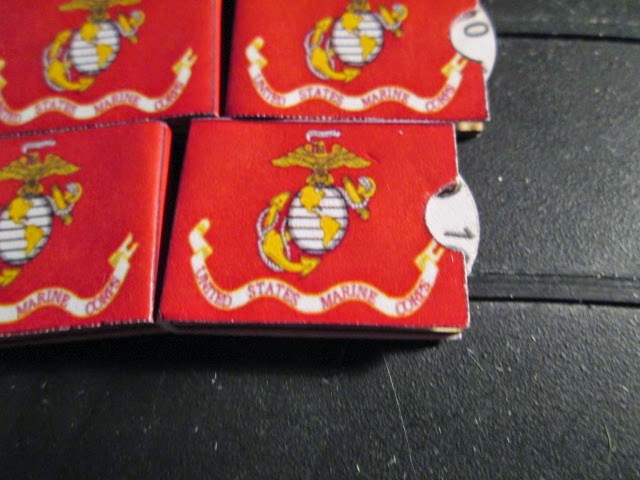 Detail, simple really with a double sided sticker around a U shaped wood bit with a spinner with the numbers held in with a small pin. 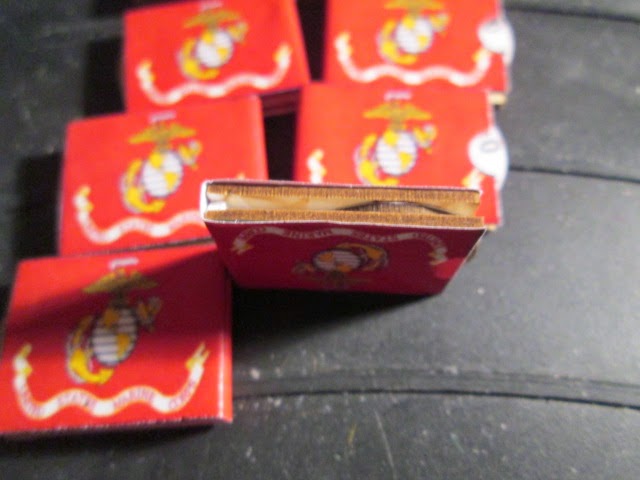 Some people may complain about the sides. First it is a $1.25 and the second you could fill this in if you are careful. Just make sure you counter can move and you are fine. 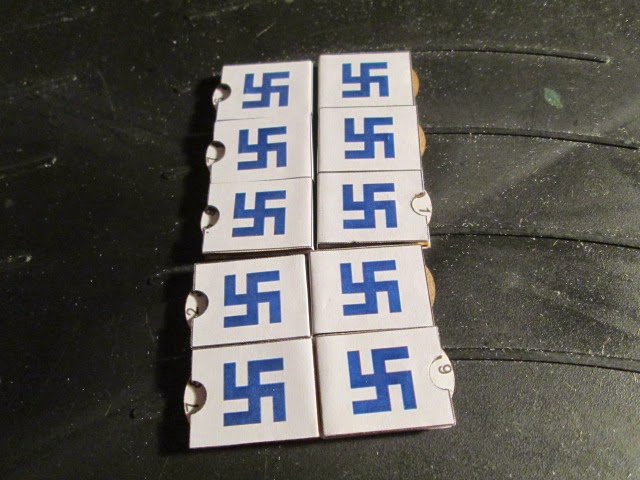 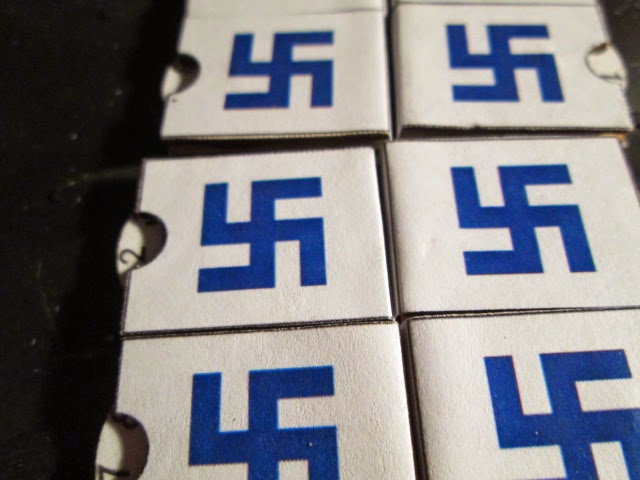 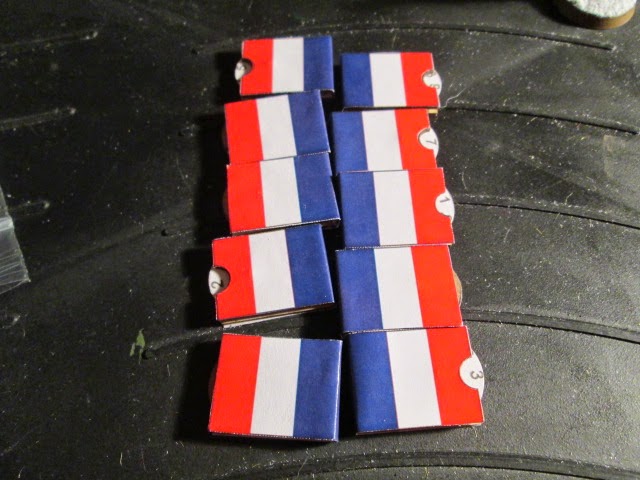 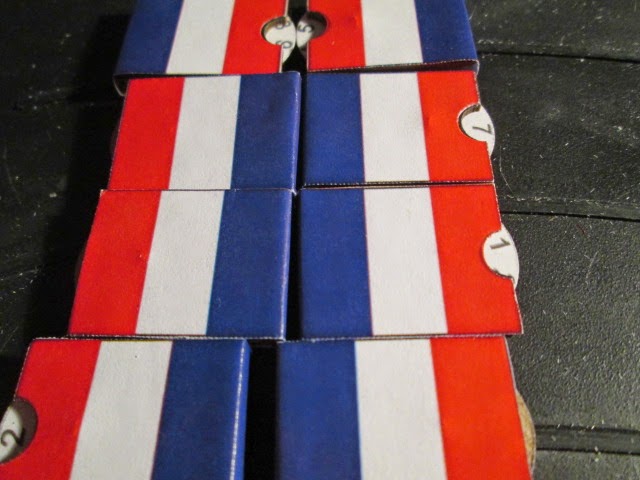 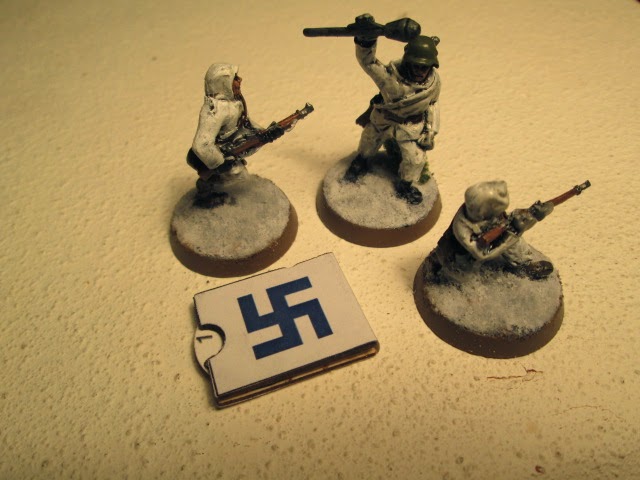 Counter next to some Finnish troops on a white scenery base.

All in all, these are great and a must have for the Bolt Action player, I know I will be nabbing some for my FJ, Japanese, Heer and some US tokens as well. The price is great, shipping is very reasonable and a creative item indeed. My only advice would be to add some sealer to the images to protect them from wear by touching them and any rough texture they may come into contact with on the gaming table. Protect your investment!

Check out their Facebook page and their store link is right there!
https://www.facebook.com/pages/Historique/496300943739684

Also for those that think the Finnish Swastika and the German Swastika Hilter had was the same no, they are not. The Finnish adopted the use of the use of the Swastika as a symbol for their county long before Hilter thought of his. As in most traditions it was intended to be a powerful symbol (as you can google and see that it appears throughout history in China, Egypt and in many cultures prior) for their nation. The primary difference is the Finnish symbol is straight up and down and the German one was at an angle. The Finnish while part of the Axis alliance for the most part fought to keep the Soviets at bay and repel them from their county. Take a moment to read up on their history some amazing things there! Including Simo Haya the sniper that killed over 500 men....they called him the White Death.

Read about it and learn more about the Finnish!
http://winterwarfinland.webs.com/finnishswastika.htm