Well, I got a response back today from the rep that helped me with my delay to my order and she was following up to ensure I get all the parts I was missing and they are tossing in a SDKFZ 222 since they messed up on three vehicle kits. Now we just have to wait for it to get out in the mail and here! Still, a nice thing to get a bonus vehicle for the trouble, very nice of Warlord!

I did assemble my Nerbelwerfer and based it last night. I also started to assemble what I did have for  my other three vehicles to ensure once the parts arrive I just have to add them on and head outside to primer!

The woes of Mail order!

Well, with some saving and scraping of cash I pooled with a few friends and placed an order with Warlord to get some goodies for our armies. The order was placed on 4/12, it sat in "picking" for several days before I sent an email asking what was the issue. By this I mean it was the 18th, 6 days is reasonable for 14 items, most of which is vehicles. Then again I think they may have been picking their nose or ass for all I know (but more on that later).

I get an email on the 21st with an apology and just shortly after the package is in the mail UPS and should be here on Wednesday. Of course my wife is out of town and I work far away so it is shipped with a signature request. Just bad timing as normally my wife is at home because she works at home. It just happens she was out of town at a conference! So, we wait till today it shows late in the day. I drive home all happy and excited after almost 3 weeks I have my goodies! I open them up and inspect my order (a habit I have learned is essential, you just don't open something and not check it). After sorting my friends stuff, I start to dig into my wares only to find that all three vehicles are missing parts! Not only that they managed to give me extra parts also! I had an extra crew for my 251/16 flamethrower half tracks but no front machine guns and shields! The Sdkfz 7 Half track has no axle (I did get tires) and it appears I am missing a metal sprue with the windshield, steering wheel and tow bar!!!! Oddly I did get an extra set of tracks for it, so I can only assume it is prone to breakdowns in the track section during play and I have a replacement set just in case.

So, I emailed the person I was spoke to prior about the delay and asked the ticket to be reopened to fix my order. I have three flipping vehicles after almost 3 weeks with enough parts to do anything with. Very frustrating.
Posted by styx at 4:50 PM 3 comments:

And for the Superboard Game Geek: Guardians Chronicles. 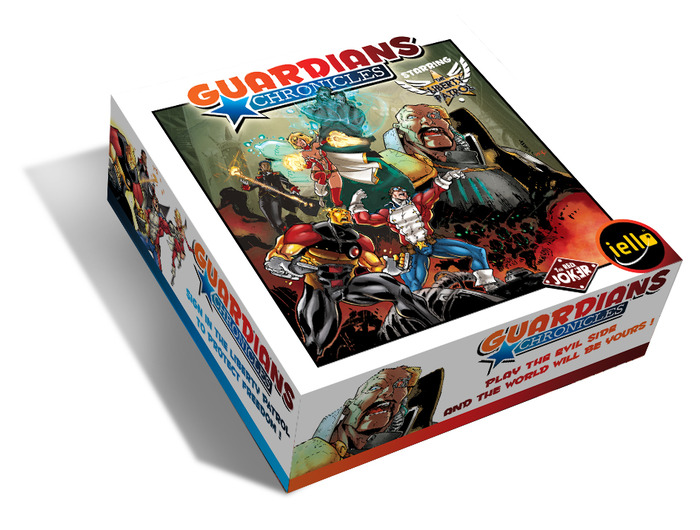 ﻿Wow, a neat looking Kickstarter! Just launched appears to be on the same format as the Zombiecide game with tiles and objectives with what appears to be some very cool paintable miniatures.

It still has 58 days left and appears to be interesting, they claim the game is for 2-5 players but I suspect if you add the extra characters you could expand it to larger games.

Check it out! I may jump in on this later once I see how much damage I sustain from Robotech and my gaming trip in May! Ouch! SPREAD OUT THE KICKSTARTERS GUYS! PLEASE! 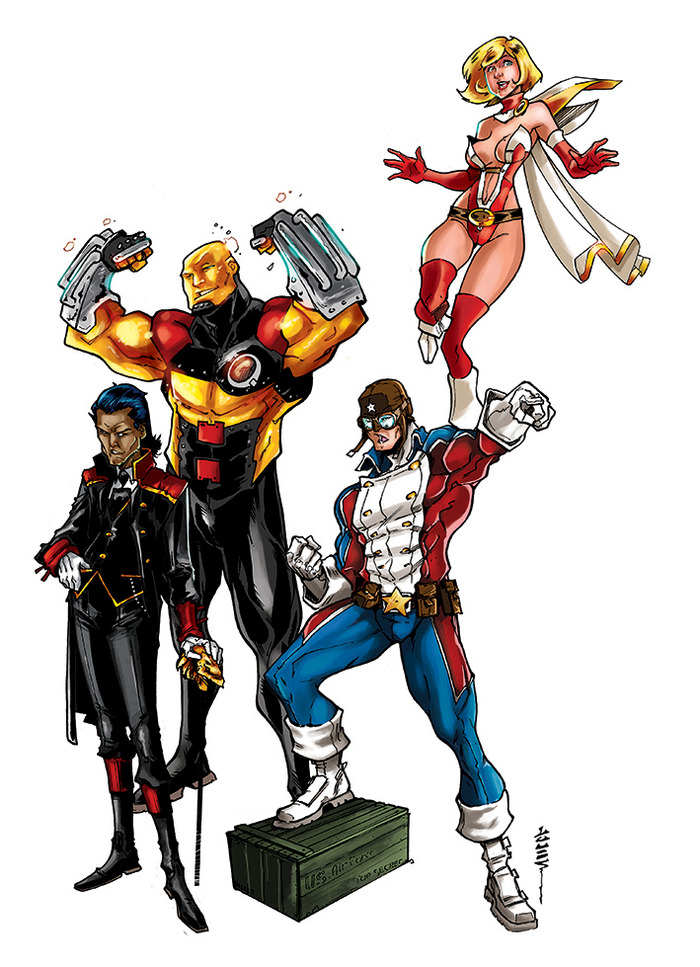 Well, so far they have rolled $200k in two days, very impressive but I think the steam is going to falter soon from the KS and they are not going to be nowhere successful as Reaper was with theirs?

Why? Well, first I invested in the First Contact Set for $70, regular $80 but I lucked out and got the "early bird" called Boobytrap.....yea, that is a fitting name. I feel like a boob now! So far, two "free" upgrades have happened and well they are for the levels above the First Contact only. So, if you invested in the lowest of the sets, your screwed....they don't care you get reward for your loyalty.

I was really hyped about this project and VERY disappointed by this revaluation today. I have waited over 6 months for this to launch, looked at the minis with thumbs up approval, told friends via word of mouth, posted on Lead Adventure Forums, posted on two YAHOO groups to name a few things to spread the word about this cool Kickstarter. Now, it isn't so cool in my eyes. Why? Because I am not getting any of the FREE perks when they hit their goal, wow....you have to pay $140 to get that reward, That sucks as if I do upgrade to that I rob myself of the upgrades I would rather purchase with my very limited funds. I do mean very limited as my wife is trying to reduce our debt to nothing  if possible, so this means very limited free resources to blow on enjoyable things. All I can say is THANKS FOR SCREWING US! Yea, me and all the other backers at this level!

I understand also that molds cost money but really you have cleared $200k in two days, you have funding to make molds and could afford to give away some rewards and encourage people to want to invest more. Reaper Bones was all about that, on average they gave out two freebies and then a paid award most of the time then cycled back, here is is every other and only for the elite levels. I double this KS will make it to $4k which is a disappointment as the out of the box looked like they could roll over a million but I guess the idea of not rewarding people and encouraging investment was insane concept. Worked for Reaper....Ninja should borrow a page from their playbook.

My rant is over, I am happy about the project getting love....I am just not happy about how they screwed the little guy.
Posted by styx at 3:36 PM 2 comments:

Robotech Tactics Kickstarter has Launched! The Invasion has begun! 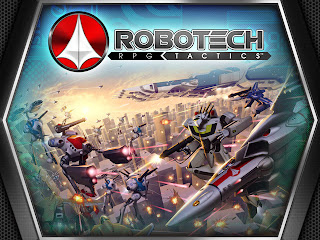 Just a heads up, Robotech Tactics Kickstarter started today! They hit $70k in under a few hours and sold out of the early bird deals! The models look sweet! Last I looked they was screaming towards $100k (I bet within the next two hours that I get home and log on.) 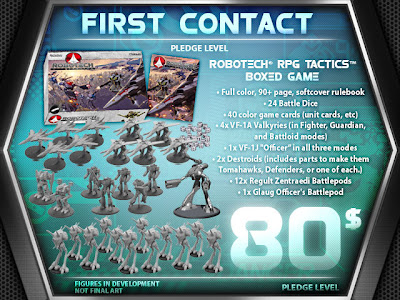 I was lucky and got one of the $70 early bird deals!
Man, there is some amazing stuff in this set and the first add on is about to be unlocked and the next bonus goal for freebies are on the way!
Already looking at getting the Rick Hunter kit and perhaps a second Battlepod
(the officer one makes a Recon pod also it seems)
I also plan to use some magnets to interchange out the mecha options for the Destroids.
Posted by styx at 1:10 PM 2 comments:

Here are a few shots of the Engineers I didn't get posted the last time! 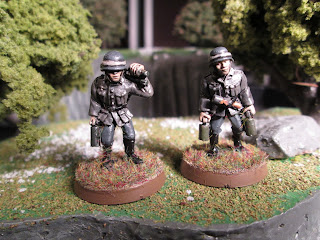 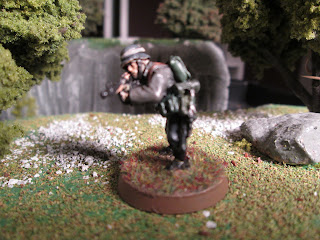 Well, I got most everything done  but a few odd items like eyes left to do and a few photos I will upload later of the rest of my Engineers. So without fanfare, here is what I have!