Wow! I plan to post a review on Black Tree Designs miniatures I ordered soon, but here is a teaser pick of their tank. Yes, all  metal and a bitch to paint. Looking forward to getting the resin one I ordered by mail and seeing how it compares...just about finished, just have to add a few more items on it but I wanted to take a break and have not been motivated yet  to finish it. 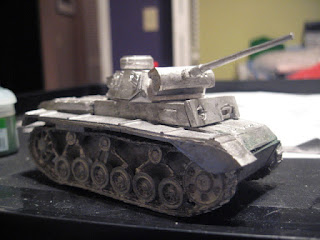 ﻿Well, had two nice surprises in may mail box today. The first was my copy of Iron Ivans Disposable Heroes and a Coffin for Seven Brothers that I won on Ebay and the second goodie item was my order from Black Tree Designs back when they had their half off Memorial Day sale and I had a 10% bonus coupon to use! 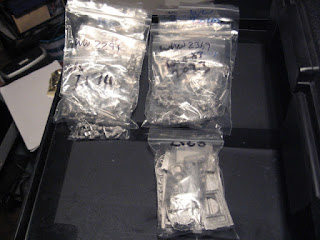 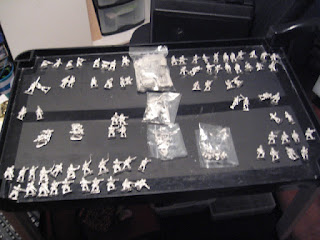 While I have not had time to read over Disposable Heroes, I have only heard good things about it and everyone seems to enjoy it and find it to be very easy to learn and fun with a good application of historical and realism as well. I just need to get ANGRIFF! (the German book) and the Point Blank Rules (for squads) and I am ready to go! Well, I do need to boost up my Fallschirmjager and the Wehrmacht that I just received to round out the model selection.

Overall I was pleased with the Black Tree Designs product for the price. There is the usual flash you get with the industry so nothing new there. The Panzer M is all metal and it appears the comments on the Internet are right that it could be hell to assemble this beast. After doing a head count, I had an extra SMG in the platoon kit which was a cool bonus perk. My only two complaints is that they did not have the Wehrmacht radio men I ordered and it is on back order. The other complaint if you can call it that is the lack of the MP-40's for the Fallschirmjager, instead the blister came with MP-44's. I had planned to buy some as they are upgrades but now I just need to add them to my main order.

I hope to be playing my first game by about July, one of the last issues I have is trying to figure out how to base the figures. I am thinking of going the cheap route and use washers that seems to be a very common thing among players or buy some of the thin plastic bases that are sold out there.

Tonight I am getting a Panzer G from an online trade and I have won an Ebay auction that had two Kubelwagons, a flatbed truck and a PAK40 that states is missing some parts. I hope to figure out what is missing and either rig something else or perhaps make a quick copy with a resin kit to replace the missing parts for a second PAK40 gun.

Stay tuned as the army starts to march to progress! I figure in a month the Russians will be on the way, between the deal with Plastic Soldier company and a few tanks the Russians would be very playable very quickly for just right at a $100 or so.

Want to get some models painted for Free?

Then check out this cool contest! 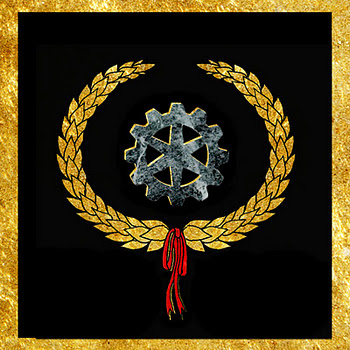